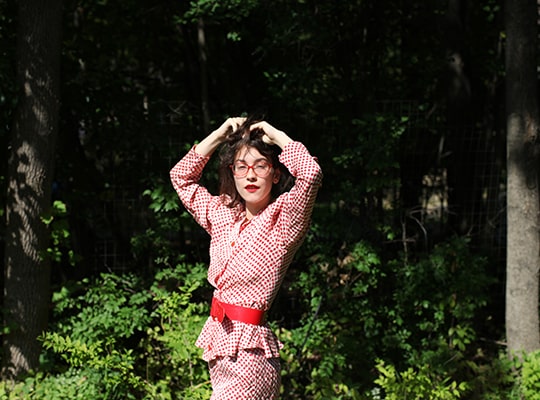 Erin Taylor is an American writer and artist living in New York City. Her journalism focuses on sex workers' rights, surveillance, and internet freedom, published at Allure, The Verge, Bitch Media, Observer, and more. She writes film and television criticism for Autostraddle under the series Scarlet Screens. A poet since 2015, she has performed her work on several continents, published poetry widely (Hobart Pulp, LAMBDA Lit, The Poetry Project, etc), and was nominated for a Pushcart Prize in 2017. She runs the meme page @atmfiend on Instagram where she shares net art about trauma and healing, occasionally showing memes at galleries such as Firstdraft Gallery in Sydney, Australia. More of her work can be found at erintaylorisalive.com and her Twitter is @erinisaway.

Erin is presenting an original work, a live grave over time. The graphics use the obsolete platform of MySpace as a reflection on collective memory in the age of technology.