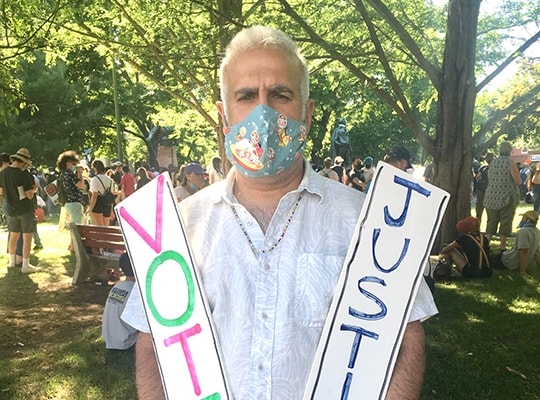 Jay Blotcher has been a part of the progressive community for almost four decades, most notably in activist work for LGBTQ and HIV people. Blotcher was a member of the founding chapters of ACT UP and Queer Nation in New York City in the 80s and 90s, participating in controversial demonstrations that resulted in policy reform and greater civil rights for these oppressed communities. For three decades, Blotcher was co-owner of Public Impact Media Consultants, a publicity firm that promoted advocacy organizations, authors, filmmakers, charities and radical causes. Blotcher has edited more than 40 books. His nonfiction essays appear in 10 anthologies.

We receive a personal correspondence from our dear friend Jay Blotcher, a New Yorker who will recount to us a little on what life was like in the 80s and 90s, as a gay man grappling with a surge of enthusiasm followed by the AIDs crisis that left so many lives in tatters.